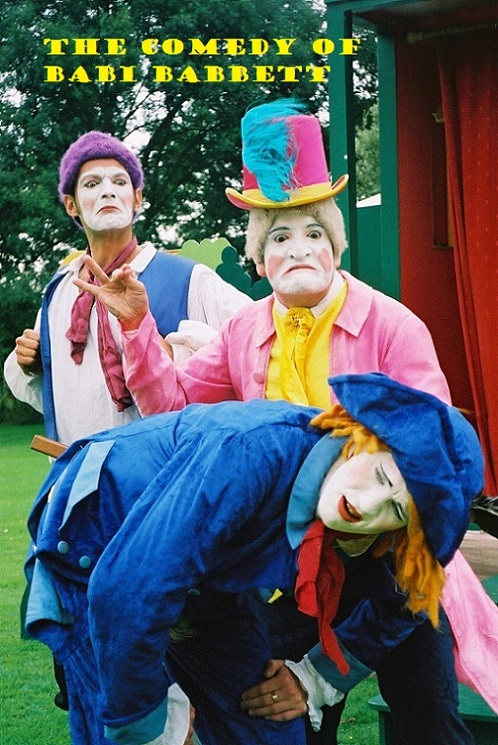 The Comedy of Babi Babbett is set in Islington in 1793 and is an out and out farce in the classic commedia dell’arte style and probably the funniest of all our plays.

“Rich men are very attractive. There’s nothing so romantic as the creak in the moonlight of a chequebook opening.”

Miserly widower and gold merchant, Sydney Lean, receives some sausages by mistake from Philomila Taureaumerde, the wife of a hard up doctor, who with Philomila frequently comes to Lean’s house for cards. In his foolishness he assumes them to be a proclamation of her affection, so he writes her a love poem. He leaves the task of delivering it to his incompetent servant Babi who, of course, fails to give it to her. In the meantime the charlatan Captain Guarderobe, an apparent hero of the French Revolution, is attempting to seduce both Philomila and Lean’s daughter, Isabella. Taureaumerde finds out and all roads lead to The Golden Cockerel Chocolate House, where Fosca, in the guise of a French assassin, who has been menacingly stalking the stage with a bomb in his bag, is waiting.

Bring your own chairs and warm clothes. It can get cold. Open an hour and half before the show starts. The show is aimed at adults, but mature children will enjoy it. Do not bring babies. However much we love them, they do distract. We do not continue in heavy rain. If the show is cancelled before curtain up money will be refunded; if we cancel once the show is under way money will not be refunded, but you may come free to any subsequent  performance as long as you re-book.