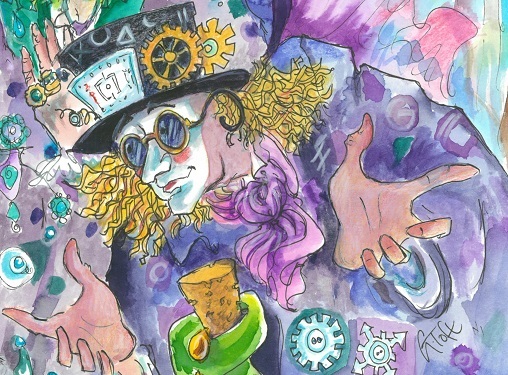 The impossibly handsome Captain Theseus (really Prince of Athens in disguise) has plucked the ravishing Hippolyta from the front lines of the formidable Amazonian forces entrenched in Attica and has with the assistance of his corporal, Flatulo, dragged her (bound hand and foot) into a forest near Athens. Through cunning and brute force she escapes only to encounter an ageing Oberon, King of the Fairies, who tries unsuccessfully to seduce her despite his increasingly diminished returns in the seduction department.

Theseus meanwhile has given chase, but is soon diverted by his own encounter with Titania, Oberon's much younger wife. Theseus is immediately enchanted. To protect her own identity as Queen of the Fairies, however, Titania allows him to think her name is Mrs Cloudberry, actually the name of the poor swineherd Jeremy's sow. The innocent changeling Briony, Oberon's ward and Jeremy’s sweetheart, thinks that Mrs Cloudberry's heart has been won by a human and Mr Cloudberry's inability to ‘play with’ her must be because he's pining.  Confusion and chaos spreads.

“A compelling prequel to ‘A Midsummer Night’s Dream’ full of magic and hilarious twists and turns!”