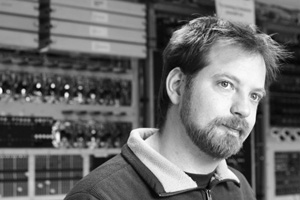 SORRY! SATURDAY NIGHT IS SOLD OUT.

But tickets are still available for Friday see: http://www.etickets.to/buy/?e=2285

Obsolete? will make use of machines machines such as Colossus Mark 2, the rebuild of the world's first programmable electronic computer used for code breaking in World War II, the Elliot 803 from the 1960s, a giant machine with only 4k of memory, and of course some vintage favourites like the BBC Micro.

The performance will be followed by a Q&A session with Matthew Applegate of Pixelh8 and then a tour of The National Museum of Computing at Bletchley Park to see the working machines, including Colossus, that he has has used to create his music.

Bar on the night.

Obsolete?, sponsored by The Performing Rights Society Foundation, has been composed with some of the rarest computers in the world at The National Museum of Computing.